Back to the news

An MRI suite with a space theme has been ‘launched’ at Southend Hospital to help make scans less ‘alien’ for young patients.

The new £27,000 aptly-titled Apollo suite is designed to take the fear out of having an important scan, and makes them easier on children and their families.

It features a bed bay which doubles as a pop-up waiting area for children who need to have a scan, as well as room for their carers. This is surrounded by planet and star designs on the wall, as well as a cosmos-inspired sky ceiling, creating the impression of travelling through the stars.

Young patients are never far from ‘ground control’, as they can watch and listen to their favourite programmes through a periscope that views a screen as part of an in-scan entertainment system. This helps stop any boredom on their scanning journey, which can take from 20 minutes to an hour.

And it is already proving to be a huge hit, with one parent saying: “My daughter had a lot of scans when she was younger and has a lot of bad memories from them. She was very scared about coming. The use of the iPad before and being able to watch a movie is an amazing idea. I don’t think my daughter would have had it done without these things.”

Southend is one of only three hospitals in the south east to have such a machine and Jacci Dearman, lead paediatric radiographer MRI at Southend Hospital, said the impact of the scanner had been hugely positive. 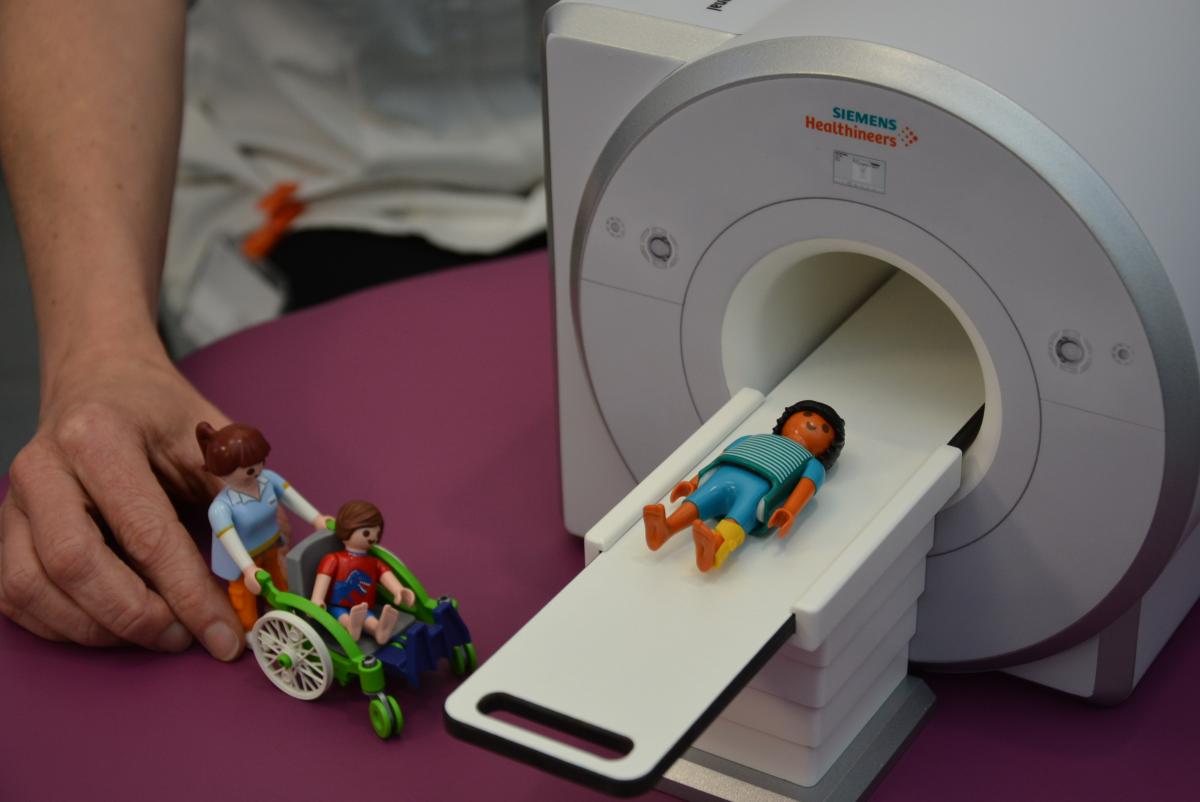 “This project means we are lightyears ahead in our ability to scan young children. Without this set-up many of these patients would be unable to cope with having an MRI scan. We’ve now successfully scanned children as young as four, which previously would have been impossible without sedation.”

To help put them at ease, young patients arrive 15 minutes before ‘lift off’ to watch a short video about their scan on a new iPad in the suite, whilst younger patients can  play with a mini MRI model, which introduces them to the noise of the scanner.

Older children get to explore an interactive app allowing them to see exactly what it will look like when they are having the scan.

Jacci added: “The scan room space design allows us to tap into the imagination and works as a brilliant distraction from the usual clinical surroundings, helping them get lost in space.”

Money to refurbish the suite was raised by the Southend Hospital Charitable Foundation For Wards appeal, and the ROSCA Trust, which supplied the toys and iPad. The Apollo suite was designed by Simon Moore.