Provide the care in Cardiothoracic and Critical Care

Offering Registered NHS / Healthcare professionals & Prospective Newly Qualified Nurses the opportunity to tour of the Centre and we will be holding on the day Interviews for Registered Nurses – Band 5 for positions within CTC and Critical Care.

Find your next role

If you are looking for a new challenge, change of role or progression Staff Nurse Band 5 apply here.

Find out about our opportunities

We are offering tours to showcase our services, facilities offered by our CTC and critical care, book your place with the below link.

The CTC opened in 2007, it is the Regional Centre for Essex and its surrounding areas, boasting some of the most modern cardiothoracic (heart and lung) treatment facilities in the country. Purpose-built to accommodate the highly equipped operating theatres and cardiology treatment rooms needed to provide a full range of world-class tertiary cardiothoracic services for the whole county and further afield.

The CTC is able to treat a greater range of patients by having direct access to the renal support therapy, vascular surgery and surgical trauma teams in the general hospital and offers the following services: 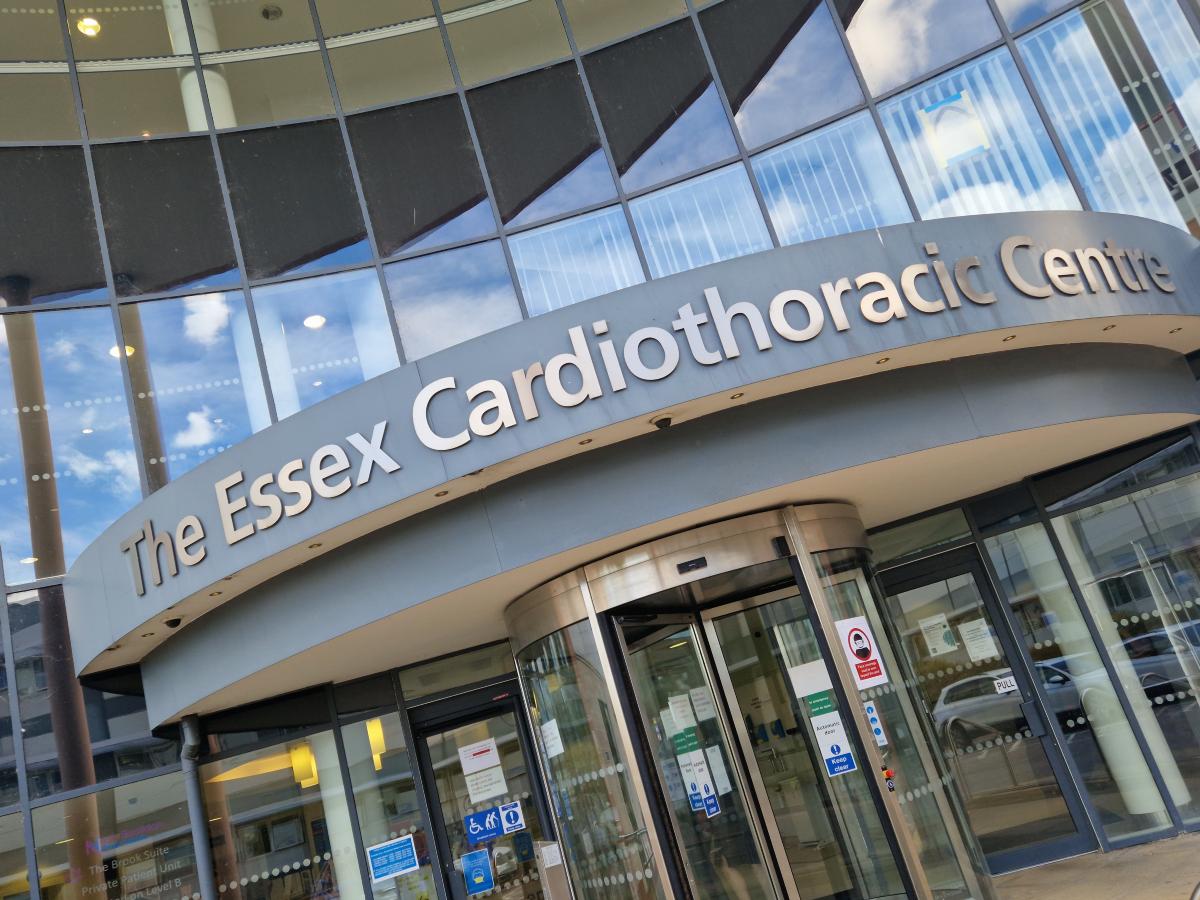 Since then it has provided specialist diagnosis and treatment for people with cardiovascular (heart) and respiratory (lung) diseases in its £60million state-of-the-art building.

It’s estimated that it has seen 172,000 patients and 69,000 have been treated, including 19,000 for surgical procedures and 80,000 for cardiology procedures over that decade and a half; all with the latest equipment and technology, operating theatres and cardiac catheter labs.

And with some patients needing multiple treatments, that has also meant an impressive 432,000 diagnostic tests have been performed during that same period.

The CTC was officially opened by the then Prime Minister, Gordon Brown, in October 2007.

Dr Paul Kelly, consultant cardiologist, has been there since the beginning. He said: “The clinical impact of having a CTC in Essex has been immense.

“Historically, Essex had poor provision of cardiac facilities - in some respects it was too close to London. There was a national requirement to increase capacity for cardiac surgery and specialist interventional cardiology procedures and we were asked by the Department of Health if we would like to develop a CTC to benefit the people of Essex.

“That meant Essex patients needing this type of heart and lung treatment no longer needed to travel into London. We also see patients from all over county, and our 600 staff have made a positive difference to the lives of thousands of patients and their families and loved ones.

“Undoubtedly, the Centre provides an important service for patients, but its success depends on the talented and passionate staff we have here. And they are amazing.”

The CTC has established a national and, in some instances, international reputation, meaning there are large numbers of specialised staff working there.

Dr Rohan Jagathesan, medical director for the CTC, said: “The CTC is one of the busiest cardiac centres in the country. We are recognised as a high performing institution. We have a nationally and internationally recognised research programme, and work to the highest standards ensuring the best possible care for our patients. We are a very efficient, productive, forward-thinking department.”

But what about the next 15 years? What challenges and improvements will that bring to the people of Essex?

Paul said: “The first 15 years have been an unqualified success. The challenges for the next 15 years will depend upon the technological advances in the management of patients with heart disease. With the motivation of the clinical staff and support of management the centre will continue to provide a high-class service for the population of Essex and beyond.”

Dr Jagathesan echoed that as he looked ahead to the future of the CTC, which has already helped give so many patients their own futures.

“We are currently expanding our surgical, thoracic and structural cardiac programme and developing highly specialised services within cardiovascular medicine. Ultimately, we aim to maintain the highest standards of care for our patients at the cutting edge of cardiothoracic surgery and cardiology.”

And being at the cutting edge has seen it establish a strong track record for excellence and innovation. This has included:

In 2015 two heart specialists at the CTC successfully carried out a dual operation on a patient with two types of heart disease; the first of its kind in the country.

A procedure to replace damaged heart valves, which does not involve major surgery, became available for patients at the CTC in 2017.

It meant people suffering from the most common form of heart valve disease no longer had to travel to London for the minimally invasive treatment.

In the past three years there has been a move from open lung surgery to minimally invasive lung surgery. There are now three dedicated thoracic surgeons and the CTC is recognised as one of the most advanced thoracic surgical units in the UK.